The following was written before the popular use of NiMH and Lithium batteries and refers primarily to NiCd batteries. It is still very relevent today to the charging and caring for NiCds, still popular in some facets of the hobby.

Most of the batteries we use in our hobby today are the rechargable type. There are several kinds of rechargable batteries and these include NiCds (Nickel Cadmium), lead-acid, sealed lead-acid, and gel-cell, among others. NiCds are used to run our radio systems as well as power our model cars, boats, and planes. Generally they are wired together in packs of four or more cells, depending on the application. The other types of batteries are usually 6 or 12 volt and are used to power flight boxes and large scale boats.

NiCd batteries are used in just about every radio system that comes with rechargable batteries, and they power just about every electric car, boat, and plane in the hobby. A NiCd cell, regardless of capacity has a nominal voltage of 1.2V. When fully charged it will have slightly higher voltage and it is considered to be fully discharged when it is down to 1.1V.

Most radio systems have battery packs made up of AA size cells, having a capacity of 600maH. The airborne system battery pack will generally have 4 cells wired in series producing 4.8V and the transmitter will have 8 cells producing 9.6V nominal. Only the voltages add when the cells are wired in series; the capacity remains 600maH.

Battery packs to power models are usually made up of the Sub-C size cells. At one time These were rated at 1200maH in capacity, but with progression in technology, Sub-C's are commonly found with 1400, 1500 and even 1700maH capacities. These packs are usually in either 6-cell (7.2V) or 7-cell (8.4V) configurations but some models, especially large airplanes may have 28 or more cells wired in series to form a pack.

Parallel operation of NiCds is a good way to get extra capacity. Packs of the same number of cells must be used, they can be different capacity packs. while they may be discharged in parallel (the capacity of the two packs will be the sum of their individual capacities) you must have a provision for charging them separately. Many modelers employ a dual set of switch harnesses that put the batteries in parallel for flight but separates them for individual charging. This significantly increases the system reliability since faulty switches and connectors account for far more "incidents" that faulty batteries (assuming one checks his packs occasionally).

When operating a radio control system it is very important to know the condition of the batteries powering it. The life of your model, and the safety of those around it, depends on this. Always be certain your transmitter and receiver battery packs are fully charged before you operate your model. Your transmitter will usually have a meter indicating the current state of your transmitter battery it can be easily monitored during operation. The only way you can determine the state of your receiver battery, however, is to plug an expanded scale voltmeter into your pack and measure the voltage under load. Doing this after each flight during a flying session is a good habit to acquire.

NiCd batteries discharge differently than do alkaline or other non-rechargable types. When the cell first comes off charge it will usually show a fairly high voltage (1.4V possibly). This will drop off quickly as the cell is discharged until close to the nominal voltage of 1.2V. The voltage will then drop off slowly throughout the bulk of the discharge. However, once the cell is nearly fully discharged, it will drop off very quickly again. Refer to the figure illustrating the cell voltage over the discharge time for a typical NiCd cell.

Although controversial, it is believed by many that NiCd batteries have one bad characteristic in that they can develop a memory. If a NiCd battery is repeatedly fully charged and then used an amount that is less than full capacity (let's say you charge and regularly have three or four flights in a session), after a period of time, it may not be able to deliver any more than the capacity frequently used. This is called NiCd memory. Quite often this apparent memory condition may simply be voltage depression where the voltage of a cell is slightly less than rated. This can happen for several reasons such as operating at higher temperatures, extended overcharging, operation below 0°C, etc. The cell may actually be operating at or close to full capacity but the voltage appears slightly less.

To avoid this "memory", is to cycle the batteries. Cycling is where the battery is fully discharged under controlled conditions, as described below, and then recharged. By fully discharging the pack in this way every so often, the cells in the pack will not develop memory and will remain at maximum possible capacity.

It is also a good idea to measure the capacity of your battery packs every so often. This will tell you how long you can safely operate your model in one session. You will also discover when your batteries need to be replaced without destroying a good model in the process.

It is possible to check the capacity of the battery while cycling. If you discharge your pack at a constant, known rate, and measure the pack voltage at various time intervals during discharge, you can determine the capacity by multiplying the discharge current rate by the time it takes to fully discharge. Your pack is considered discharged when it reaches a value of 1.1 volts per cell. For example, if you are discharging a 4-cell receiver pack, it would be fully discharged at 4.4 volts (4 cells x 1.1 volts/cell). Do not discharge a pack below this level or cell reversal could result.

Battery cyclers are useful tools for both cycling the batteries and determining their capacity. They can do the the battery maintenance automatically for you. You will find these electronic devices in the ECMC catalog under electronics and accessories. It is definitely worth investing in one of these units as one crash due to poor battery maintenance will usually cost you more than a cycler, not to mention the hours you have put into building your model.

The normal charge rate for NiCds is C/10 or the capacity of the NiCd divided by 10. For example, a 600maH pack should be charged at 600/10 or 60ma. This is known as the overnight rate. Although, ideally, a pack should be fully charged in 10 hours, due to inefficiency, it will probably take between 12 and 15 hours.

After being charged overnight, the battery should either be removed from the charger or the charge rate should be reduced to C/100 (the capacity divided by 100). This is known as the trickle rate. The pack in our example would have a trickle rate of approximately 6ma. The battery may remain on the trickle rate indefinitely. Keeping your system's batteries on trickle charge is a great idea as it will ensure that your batteries are fully charged when you go to the field. NiCds, just sitting around will probably loose 1% of their charge each day.

Most NiCds may also be charged at a higher rate such as a rapid charge of C (charge rate equal to capacity) or a quick charge of 10C or ten times the capacity. This is normal practice with the packs used in powering electric models. Some cells are better at accepting a fast charge than others and these are usually denoted by being an "R" type cell or "SCR". In fast charging NiCds, however, one has to be very careful to ensure that they do not get overcharged. Applying these high charge currents to a battery that is fully charged can at the least ruin the battery and at worst make the battery explode. For this reason, fast chargers are equipped with a discharge circuit and a timer.

The discharger is used to fully discharge the pack before charging so the current state of charge for the pack is known. The charge rate is applied by turning on the timer. Timers are usually for 15 minutes although it will probably take between 20 and 25 minutes to fully charge the pack.

A second type of fast charger is the peak detection charger which can automatically charge your battery packs for you without the need for a timer. A circuit monitors the voltage of your pack during charge. As a NiCd charges the voltage will increase at a slow rate. However, once the battery is fully charged, the voltage will actually drop back slightly. The circuitry detects this drop and reduces the charge rate to trickle. You can safely charge your batteries with this type of charger and there is no need for initially discharging them.

Even though NiCds can be fast charged, it is important to slow charge your batteries at the overnight rate periodically, or about every 5 charges. This helps stabilize the cells to retain their full capacity and will lengthen their life. 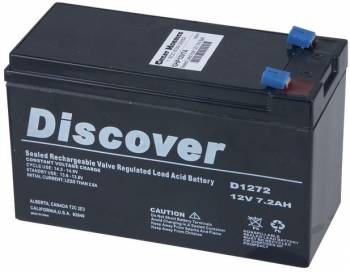 The other type of batteries such as lead-acid, sealed and non- sealed, and gel cells should also be charged with care. Do not charge your field box battery with an automotive car charger or with any other "fast charger". These batteries can boil dry and be damaged by high rates of charge and overcharge. Use a charger meant for the job at the overnight rate of C/10.